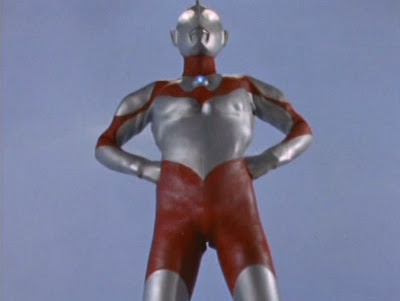 When I was a kid, all I did was read Famous Monsters and draw monsters. I drew everything from Frankenstein’s Monster to The Monster from Piedras Blancas. Those monsters were fun to draw, but nothing made me happier than drawing Japanese Monsters. So when WSNS-44 started broadcasting Space Giants, Johnny Sokko, and Ultraman, I had a lot of drawing to do. I always had a three-ringed notebook in which I had pages and pages of every monster that drew from magazines and TV. Other kids in my neighborhood started doing the same thing, thus creating my first Monster Kid gang. I also remember having a giant piece of cardboard on my bedroom wall, I called my “Monster Board”, again I drew all kinds of monsters on it. The 70’s were great, no video games or soccer moms, just lots of monsters, super heroes, and imagination.

One particular episode of Ultraman really inspired myself and other kids to draw more. Episode 15: The Space Ray of Terror, which told the story of a young boy Mushiba, who was being made fun of by other kids, for not drawing very good monsters. Mushiba drew his monster he called Gabadon on the side of a concrete drainage pipe. 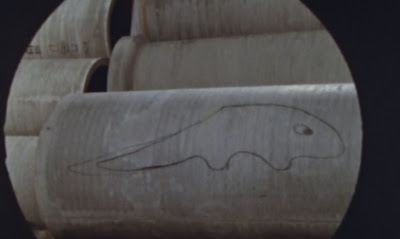 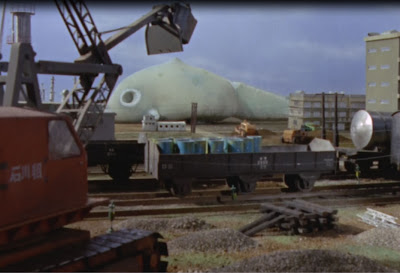 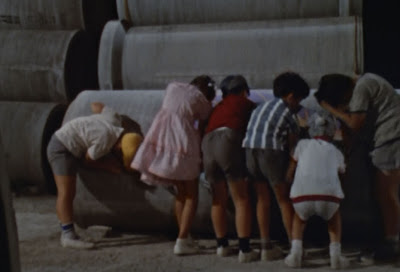 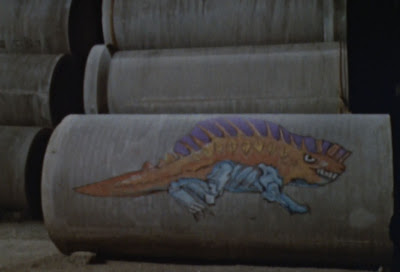 Meanwhile the Science Patrol receives a call from the Space Ray Research Center, claiming there was a change in the “Space Rays” entering our atmosphere. Oddly enough this strange event causes Mushiba’s simple drawing of Gabadon to grow and come to life. Later when the sun set it seemed that Gabadon became a star. When the children discover it was Mushiba’s drawing that came to life, they decide to help him draw Gabadon even cooler than before. The next day when the sun rose, the new version of Gabadon came to life. Gabadon caused no harm or damage, he just slept all day. People were still afraid and left the city, thus hurting the economy, since no work could get done. The Science Patrol has no choice but to try and rid the city of the nonthreatning monster. First the army attacks the gentle monster causing it to become violent. Unfortunately this causes Science Patrol member Hayata to use the Beta Capsule and become Ultraman. During the battle, the children plead to Ultraman, not to hurt their monster. Instead of destroying Gabadon, Ultraman flies the monster into space. 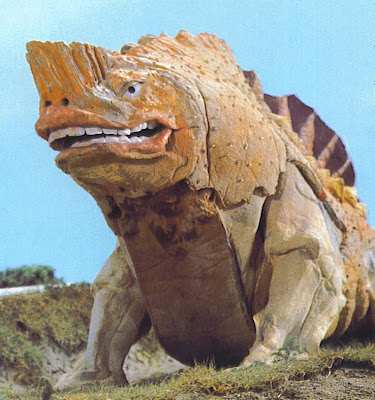 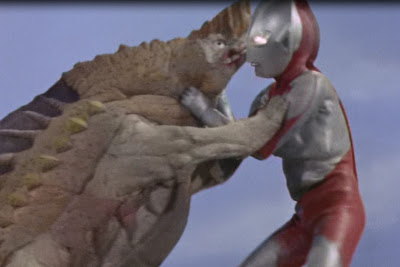 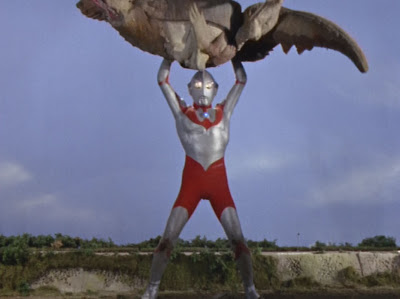 Later that evening the children stare at the starry sky saddened by the loss of their monster friend. Ultraman tells them not to cry, and that they will be able to see Gabadon once a year, July 7th, during Tanabata, the Japanese Star Festival. The very last scene of the episode shows a school yard full of children drawing monsters with chalk and the Science Patrol feeling the need to monitor them. 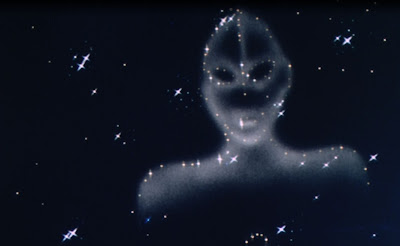 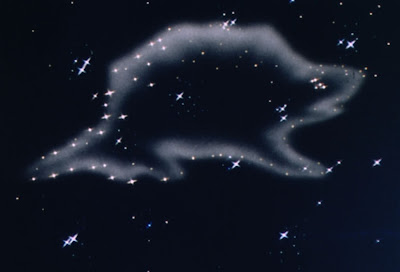 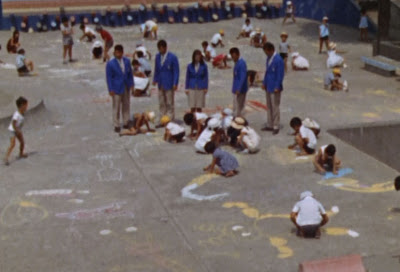 One Sunday morning when my sister was little, she wanted me to draw with chalk in the church parking lot with her. So what do you think I drew. We heard the next day, when the day care kids came in and went to recess to play, they went crazy. The teachers had to run out and get a ton of chalk so the excited kids could follow our lead. Yes, it was cool to make more Monster Kids. 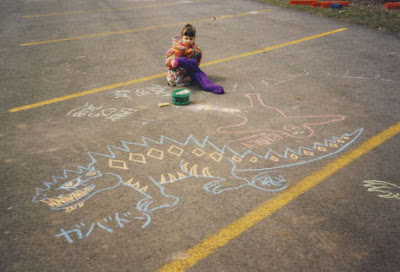 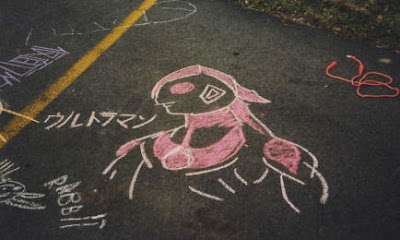 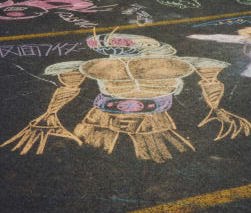 Tanabata is a Japanese tradition wherein people write their wishes on Tanzaku Papers (colorful, small strips of papers) and hang them on bamboo branches. People also decorate bamboo branches with various kinds of paper decorations and place them outside their houses. The most common tanabata decorations are colorful streamers. Streamers are said to symbolize the weaving of threads. Other tanabata decorations are toami (casting net), which means good luck for fishing and farming and kinchaku (hand bag), which means wealth.
Tanabata originated more than 2,000 years ago with an old Chinese tale called Kikkoden. Once there was a weaver princess named Orihime and a cow herder prince named Hikoboshi living in space. After they got together, they were playing all the time and forgot about their jobs. The king was angry at them and separated them on opposite sides of the Amanogawa River (Milky Way). The king allowed them to meet only once a year on July 7th. This is why tanabata is also known as the star festival. It's believed that Orihime and Hikoboshi can't see each other if July 7th is rainy, so people pray for good weather and also make wishes for themselves.
Depending on regions, tanabata is celebrated on July 7th or August 7th (which is near July 7th on the lunar calendar). If you are in Japan around these days, stop by a tanabata festival near your destinations. Many cities and towns hold tanabata festivals and have tanabata displays, decorating the main streets. It's fun to walk through the long streamers on the street. In some regions, people light lanterns and float them on the river, or float bamboo leaves on the river.
Tanabata festivals in Sendai-city, Miyagi Prefecture and Hiratsuka-city, Kanagawa Prefecture are particularly well-known. Huge Tanabata decorations fill the main streets in these cities and attract millions of visitors every year. (Tanabata Intro from GoJapan.about.com)
Posted by Shonen King at 5:42 PM