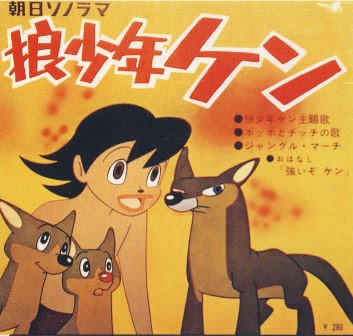 1963 was a huge year for anime in Japan. Most of the popular TV series from that year were released in the US market and became staples of Saturday morning viewing like ASTRO BOY, GIGANTOR, and 8TH MAN. Already Toei was in the anime market with high end theatrical films with Disney quality (HAKUJADEN, SAIYUKI, SHONEN SARUTOBI SASUKE). Wolf Boy Ken (OOKAMI SHONEN KEN) would be their first animated TV series. The 86 episode, black and white series was all original and not based on a manga story like most later productions. Toei’s new series also added more frames per second to their show to give it a smoother look, unlike Tezuka’s Mushi Prod. who had far less. The cool character designs were by Sadao Tsukioka, who also directed along with Isao Takahata (STUDIO GHIBLI). Wolf Boy Ken also became Morinaga, one of Japan’s leading candy company’s first anime/manga sponsored product with “Morinaga Manga Cocoa“. 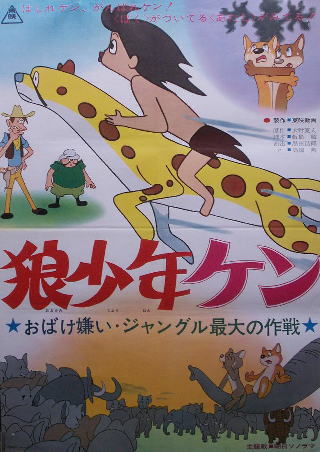 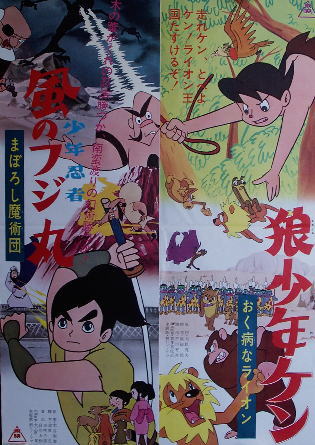 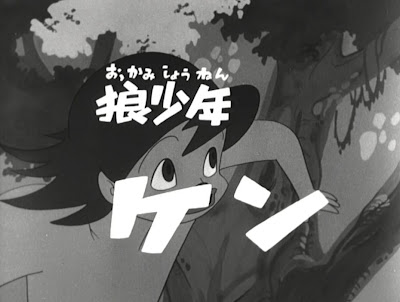 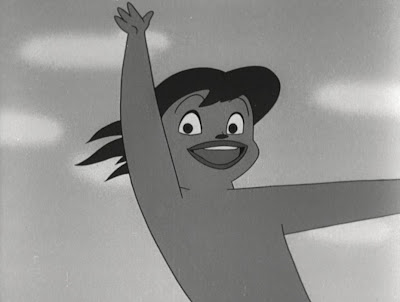 Wolf Boy Ken tells the story of a young boy named Ken who is raised by an intelligent pack of wolves, very similar to Tarzan with the apes, in a jungle overlooking the Himalayan region. A passing comet causes disastrous changes in the jungle, including famine. Ken, being a part of the wolf family, helps the pack survive and looks over two young, playful twin wolves, Chicchi and Poppo. Ken spends a lot of time keeping the two out of mischief and safe from humans. Jack, a one-eyed wolf in the pack despises Ken’s presence among the wolves, for one Ken was human, and two it was a human who took his eye. Ken later saves Jack from a hunter’s trap and later saves the pack’s leader “Boss” from a forest fire. At one point Jack has a chance to be rid of Ken when a poisonous snake is about to bite him while the young boy sleeps. Remembering the kindness Ken showed towards his family, Jack kills the snake at the last second, saving Ken’s life. Ken and Jack, now friends, go on together to keep the wolf pack safe from hunters, armies of apes, or anyone who’ll cause harm to their jungle paradise. 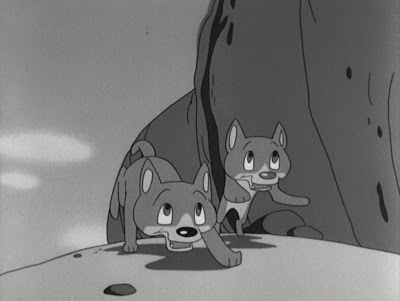 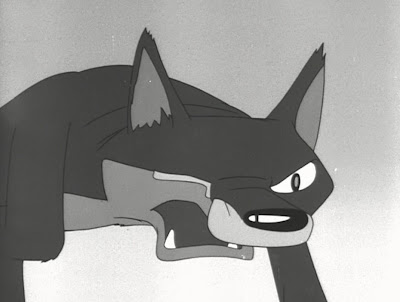 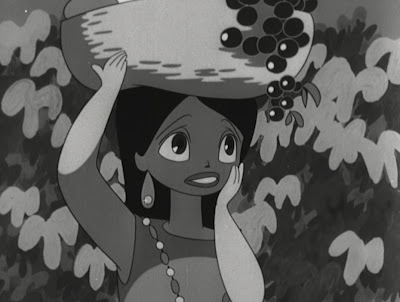 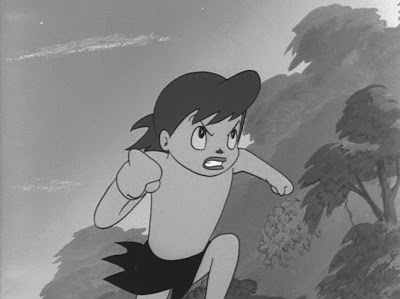 Wolf Boy Ken has plenty of comedy relief and slapstick to lightened up the drama too. There are a few animals who either hate the wolves or want to eat them, like Kuma a big black bear, a gorilla simply called Gorilla, a leopard named Yamaneko and my favorite Tora, a killer tiger. When Chicchi and Poppo venture out on their own, they usually run into the other animals in the jungle. This usually turns into a cat and mouse chase and then Ken saves the day. What makes this show so fun is that the animals talk, something I have a weakness for in Japanese cartoons. The voice actors are dead on, especially for characters like the evil Tora, who has a dominating samurai-like voice. 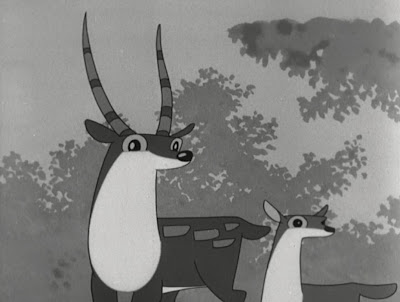 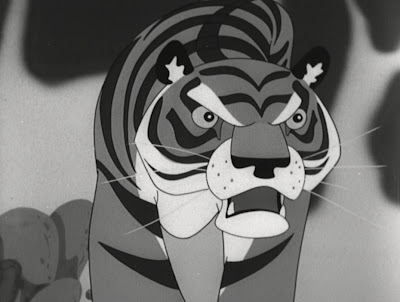 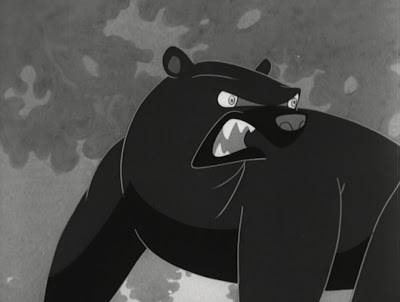 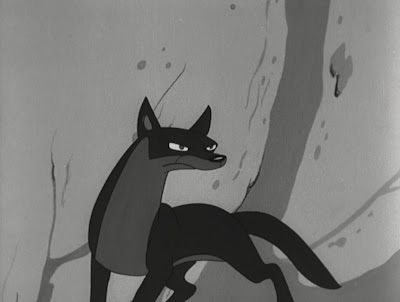 The theme song to Wolf Boy Ken is probably the most catchy of all the early anime TV series. Sorry if this one gets caught in your head. The drum beats and the WA OOO WA OOOWAOOO from the Victor Children’s Choir makes it memorable. 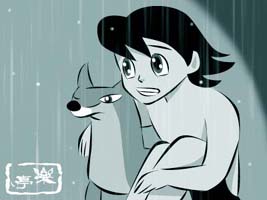